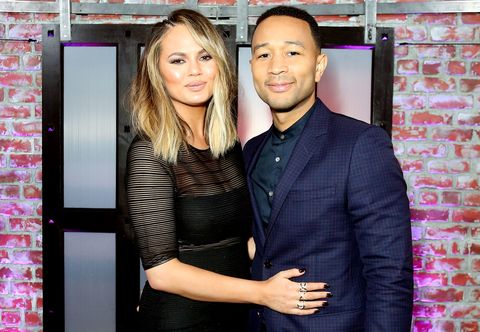 At this point, it might as well be our national slogan, but #couplegoals, as it pertains to Chrissy Teigen and John Legend, has never rung more true than it did Monday.

After the Senate rejected a series of gun control measures, such as strengthened background checks and preventing suspected terrorists from obtaining weapons, Legend took to Twitter to express his discontent.

The foolishness and heartlessness coming from our Congress re: gun control is not surprising, but still so very disappointing and shameful.

You don't get to talk "tough on terror" if you're too afraid of the NRA to do anything about guns. You're a coward.

We have to vote the GOP out of leadership of both House & Senate to get anything done on guns. Please vote in November.

You can't express such sentiment and RT the Brady Campaign calling out specific senators without repercussion, but, like they did with Piers Morgan, Mr. and Mrs. #CoupleGoals stuck together and tag-teamed the trolls.

And that's not even the best part.