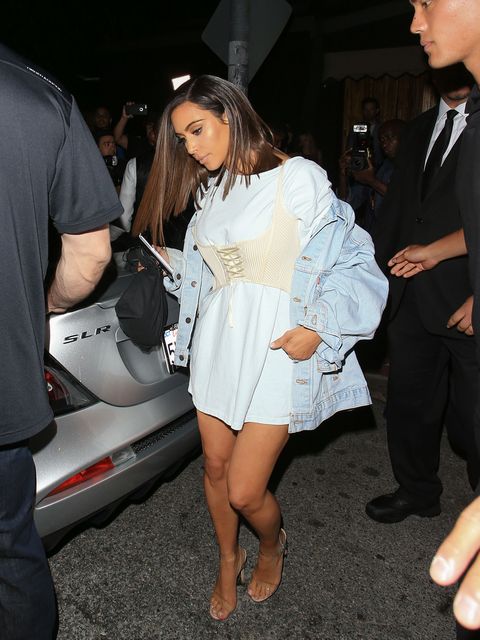 Pulling a fast one on America and, yeah, us, Kim Kardashian revealed that her new angled lob was actually a fake.

"I've been saying for SO long that I want to cut my hair," She of the "Wolves" Pants wrote in a new post on her website." So the day before Kylie's event for Kylie Cosmetics I decided to achieve the look a different way: a wig! Everyone is saying I chopped my hair, but it's all an illusion!" (The "HAHA, suckers" is implicit.)

But she does express an interest in a genuine cut, so another historical, late-night follicular development isn't completely out of the realm of possibility.