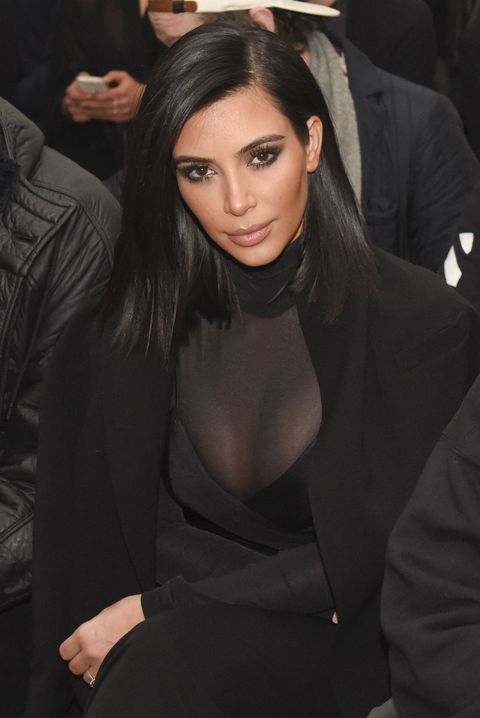 While Kanye West shows no signs of halting his endless shade-hurling session at Taylor Swift, Kim Kardashian West is over it. Or, to put it more eloquently, she has no f*cks to give.

"Ugh, do we really have to talk about Taylor Swift?...I'm so over it," the reality star told Billboard (via Us Weekly). "If it were up to Kanye, it all would probably never have come out. He can handle it, he has no hard feelings. He doesn't even really care. I just wanted to protect my husband. I saw him getting a lot of shit."

Hmmm, playing "Famous" three times in Swift's hometown sounds a lot like caring, but mmmkay, sure.

Kim also explained that she didn't leak her husband's conversation with Swift to cause drama—she simply wanted to clear Kanye's name (though it should be noted that Kim never actually produced evidence that Taylor agreed to being called "that bitch," just sayin').

"It wasn't even about a look or anything, or to have this feud—it was like, 'Okay, here's the truth,'" she said. "Done. Let's all move on. I feel like I don't want to talk about her anymore."

Okay, internet, make it so.