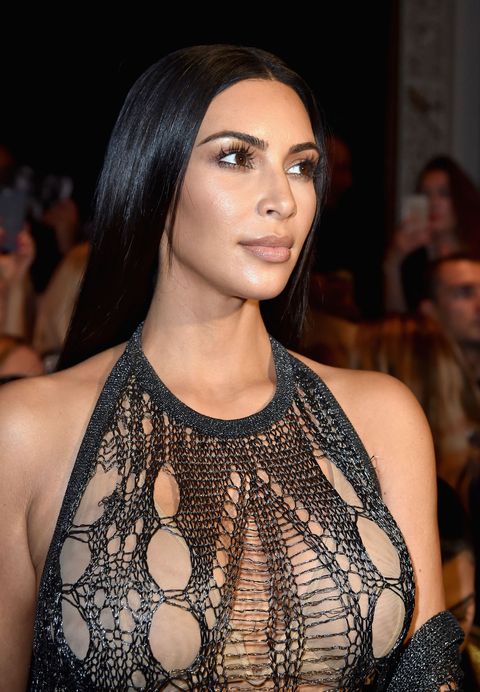 Following an attack in Paris that left her bound, gagged, and robbed of a $4.5 million ring, Kim Kardashian has increased her security team to levels befitting a president. The reality star has reportedly hired a boatload of former Secret Service agents (yep, they will be "armed to the teeth"), and at least two bodyguards will be with her everywhere she goes from here on out.

According to TMZ, Kim met with ex-special force members of the Israeli army following her attack, as well as ex-CIA agents. Meanwhile, Kanye consulted with the owners of several security firms, while the rest of the family are also actively updating their security detail.

In related news, Kim is now cruising around in an armored car. Fair enough.

Mehera Bonner Contributor Mehera Bonner is a news writer who focuses on celebrities and royals.
This content is created and maintained by a third party, and imported onto this page to help users provide their email addresses. You may be able to find more information about this and similar content at piano.io
Advertisement - Continue Reading Below
More From Celebrity
Will and Kate Attend the ‘No Time to Die’ Premiere
Meghan Markle Might Not Ever Go Back to the UK
Advertisement - Continue Reading Below
Are Angelina Jolie and The Weeknd Dating?
Kate and Will Ate Burgers With Their Kids
Meghan Markle's Handbag Was a Nod to Diana
Ben Affleck and Jennifer Lopez Made Out in NYC
Lady Gaga Stunned in an Old Hollywood Look
Olivia Rodrigo Looked Jaw-Droppingly Beautiful
Will's "Alleged Bullying" Drove the Sussexes Out
Sam Asghari Opens Up About Britney Documentaries