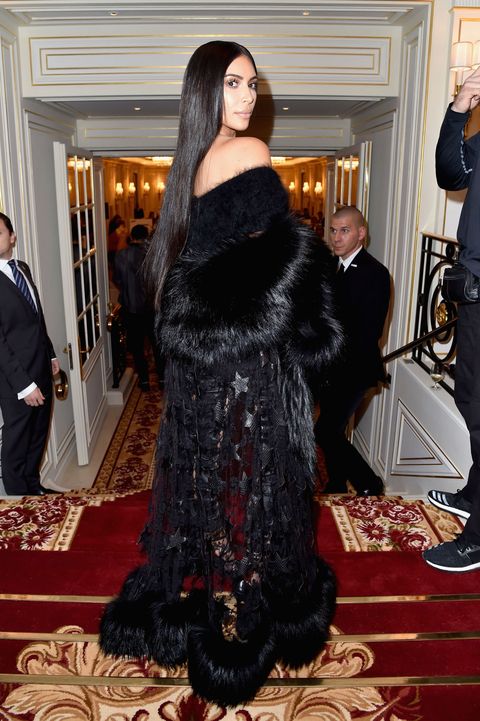 In what's best described as a huge and completely inappropriate breach of privacy, Kim Kardashian was filmed moments after being bound, gagged, and robbed of a $4.5 million ring in Paris.

TMZ reports that a video of Kim post-attack made the (super brief) rounds on the internet before being shut down, and the star's team is working with French authorities to find out who filmed the illegal footage. Because nope, you definitely are not allowed to film someone in a private setting sans consent in Paris.

The video in question shows Kim wrapped in a blanket while Facetiming on a couch as police comb through her hotel apartment for evidence. If found, the person who filmed Kim could face a year in prison and a $50,000 fine.

It's hardly surprising that this happened, but that doesn't mean it's not massively gross and side-eye inducing.