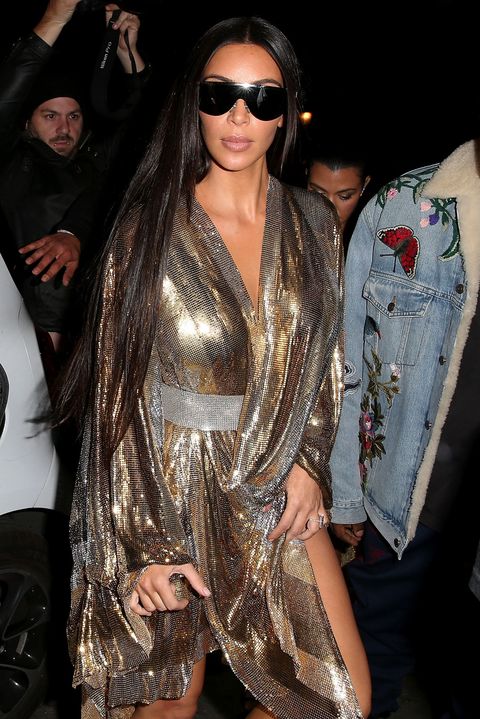 The way Kris Jenner and another source tell it, Kim Kardashian's "much-needed time off" could go on indefinitely, as she continues staying silent on social media, save for a brief return to unfollow some accounts.

Speaking to People, an insider said a "withdrawn" Kardashian "is still having a difficult time" after being held at gunpoint and robbed of millions of dollars of jewelry in Paris earlier this month. "She has zero desire to resume her old life," the source said, noting that the former "social butterfly" now avoids being photographed and has been staying close to her L.A. home.

Kris Jenner echoed that sentiment in an interview with E! during the presentation of Khloé Kardashian's new denim line, saying that she's been "doing what a mother does" by surrounding her daughter with family and making her feel safe.

We're still holding out hope for a big comeback—even though that's reportedly out of the question—but like Jenner said, "it's a process."

Chelsea Peng I'm Chelsea Peng, the assistant editor at MarieClaire.com.
This content is created and maintained by a third party, and imported onto this page to help users provide their email addresses. You may be able to find more information about this and similar content at piano.io
Advertisement - Continue Reading Below
More From Celebrity
The Royals Won't Wear Uniform at Philip's Funeral
Jennifer Lopez and Alex Rodriguez Announce Breakup
Advertisement - Continue Reading Below
Charles Teared Up As He Read Tributes to Philip
The Gucci Family Is Upset About 'House of Gucci'
Taylor Sent the Sweetest Gift to a Frontline Nurse
Royal Family Shares Rare Photo of Prince Philip
Chloe From 'Too Hot to Handle' Is in 'The Circle'
There's Drama Over Prince Harry's Funeral Attire
Jennifer's Rep Breaks Silence on Adoption Story
Princess Eugenie's Prince Philip Tribute