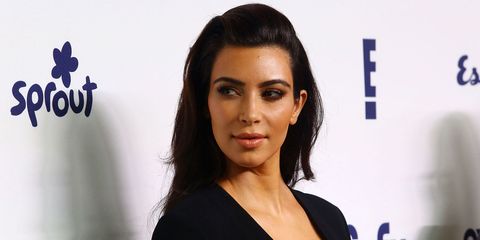 Kim Kardashian stopped by Watch What Happens Live with Andy Cohen Sunday to play a round of Plead the Fifth. The game is a fixture on the show and forces celebrities to face three questions they're not likely to want to answer, with the opportunity to "plead the fifth" on just one of them.

Cohen's second question was particularly juicy: "On a scale of 1 to 10, how relieved were you when Kylie and Tyga finally called it quits?"

Kim was all smiles for the question (which speaks volumes about her "relief"), and while she didn't give an exact number, she did offer some insight into what the ~dramatic~ breakup was like IRL. But—surprise—it wasn't really dramatic at all, behind-the-scenes.

"You know, I feel like [there was] a lot of drama, and it doesn't mean he's a bad person at all," Kardashian explained. "And what was great was that it was so easy, that split. There has not been any drama with her since."

So there you have it. Kyga's end was drama-free.