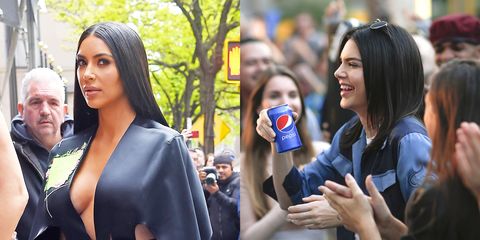 Remember Kendall Jenner's controversial Pepsi ad? You know, the one where she solved police brutality with a can of soda? Yeah, that. 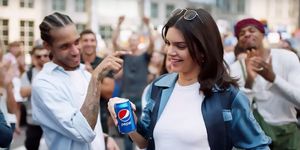 7 Things You Didn\'t Notice About That Pepsi Ad

The commercial was pulled within mere moments of it hitting the internet, and Kendall was reportedly "devastated" by the negative press she received. And while the model hasn't spoken in public about the misstep, Kim Kardashian was just asked point-blank about the ad during Watch What Happens Live!

"She totally understood at the end of the day, and she felt really awful for it, and she just wants to move on from it," Kim explained. "I didn't see it until it had already gotten the attention, and so you obviously have a different perspective...I think anytime someone does anything, they don't have bad intentions of doing it a certain way. Especially Kendall's so sensitive, she would never mean for anyone to perceive anything in a negative way."

Watch Kim in action below: