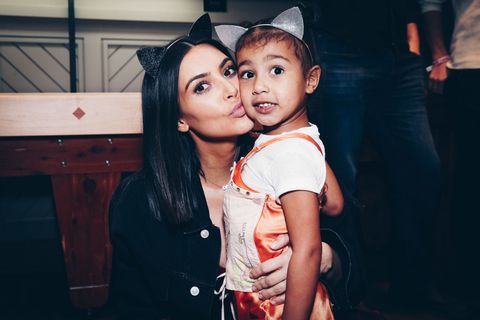 The Kardashian family sat down for a 10th Anniversary Special last night on E!, and while Kylie didn't announce her pregnancy, Kim talked openly about getting pregnant with North West—and revealed that she initially thought she'd had a miscarriage:

"I was so scared, I was having so much pain. I mean, at one point I thought I had a miscarriage—I was pretty certain about it," Kim told Ryan Seacrest. "I didn't know what was going on. I flew all the way home on Thanksgiving and the doctor told me, 'There's no heartbeat, you had a miscarriage. Let's get through it, come in after Thanksgiving dinner.'"

I loved reading the interview inside @interviewmag by @janetmock THANK YOU Janet! North's interview is so cute too! Thank you Penelope, Kaia Gerber, Millie Bobbi Brown & the Federline boys for asking North her questions

Kim went in that morning and the doctor told her there was, in fact, a heartbeat: "I was like, 'Oh my God, this is a sign.' It was such an emotional Thanksgiving, and Kourtney was the only one that knew about it. Her and Kanye, because we were in Miami living together."

Kim is currently said to be expecting another child via surrogate, due this coming January. 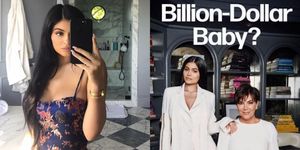