Today's Top Stories
1
Electability Is About Us—Not the Candidate
2
All the Single Ladies...Are Buying Homes
3
These Are the 3 Lipsticks I'm Obsessed With RN
4
Jurnee Smollett-Bell Is a Real Life Superhero
5
Uber Eats﻿' Liz Meyerdirk on Her Power Uniform 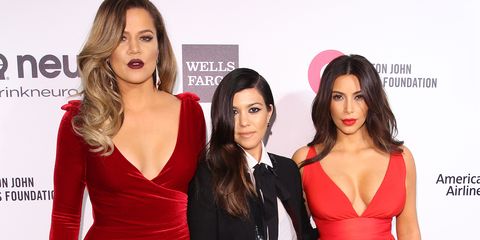 The Kardashian family is continuing its plan for TV domination. The family is adding yet another reality show to the E! network, and this time it'll focus on their DASH boutiques.

According to an official network announcement, "Dash Dolls" will feature DASH's "young, fun, and hot employees as they navigate the hectic life of a twenty-something in Hollywood while representing the Kardashian brand." Two of the featured employees will be Malika Haqq, Khloe Kardashian's best friend, and her twin sister, Khadijah.

Kris Jenner was rumored to be pitching the concept back in January, and it looks like she was successful. (As usual.) Two DASH employees got their own storyline during Kourtney & Khloe Take the Hamptons, so giving DASH employees their own show isn't such a surprise. Khloe has posted lots of pictures of her with Malika and Khadijah, and it could have been a savvy promo for the show the whole time:

Eat your heart out Las Vegas 💋

The series will run for eight one-hour episodes, and track the Haqq sisters as they "[take] on the glamorous lifestyle that comes with managing one of today's most recognizable franchises, owned by three famous and often demanding bosses, while juggling romances, parties, family drama and other career aspirations." It will premiere in the fall.

Kim Kardashian Taught Me How to Go Braless

Advertisement - Continue Reading Below
More From Culture
Listen Up: Gripping New True Crime Podcasts
'The Bachelor' Has Already Finished His Season
Advertisement - Continue Reading Below
Unmissable Horror Movies Coming Out This Year
Who Is 'Bachelor' Peter's Mom Talking About?
Sarah Coffin Might Be a 'Bachelor' Frontrunner
Who Is 'Bachelor' Contestant Victoria Fuller?
Meet the Star of 'The Bachelor's ChampagneGate
Jurnee Smollett-Bell Is a Real Life Superhero
The Best Love Songs to Ever Exist
The Best 'The Bachelor' Memes This Season