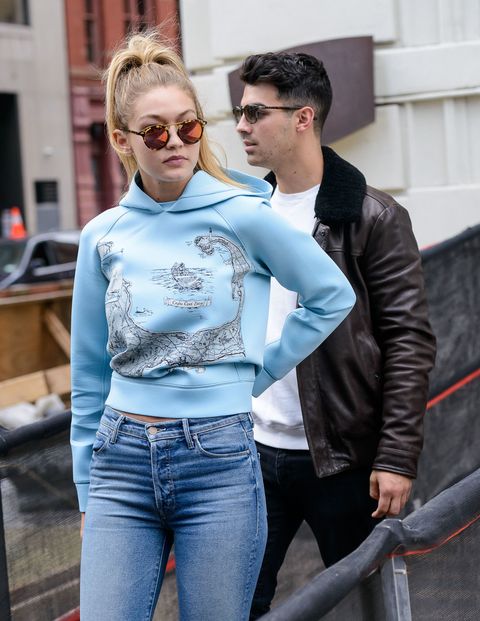 "Joe and Gigi's relationship recently ended," a source said to the outlet. "Nothing serious happened…it wasn't a dramatic breakup. It was just hard to make it work with their schedules. They will definitely remain friends."

The model and musician began dating this summer (while, like, every celebrity marriage went down in flames) and made their red-carpet debut in October.

High awk potential given their overlapping squads, but hey—that's how young Hollywood works.

Chelsea Peng I'm Chelsea Peng, the assistant editor at MarieClaire.com.
Advertisement - Continue Reading Below
More From Celebrity
Khloé Kardashian Is Being Trolled Over Febreze
Katie Holmes Is in Head-to-Toe Chloé at Their Show
Advertisement - Continue Reading Below
A 'Friends' Reunion Special Is Coming to HBO Max
Ariel Winter Now Has Strawberry Blonde Hair
46 Stars Who Dated Before They Were Famous
Every Easter Egg in Taylor Swift's 'The Man' Video
Kate Middleton Does Some Sports in $38 Sneakers
Sarah Hyland Defends Ariel Winter’s Dress on Insta
Prince Harry Wants to Go by Just "Harry" Now
Ashley Graham Talked Breast Pumping in an Uber