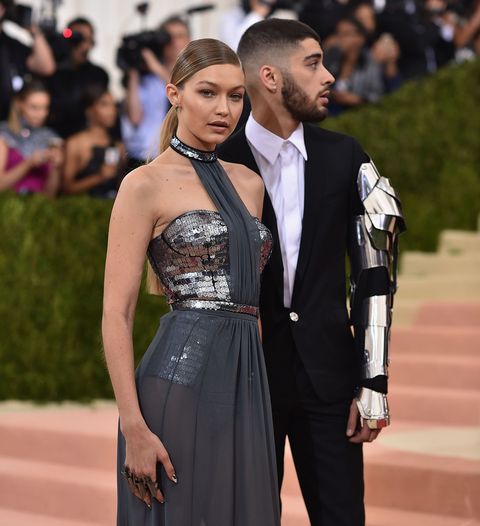 Zayn Malik cancelled his performance at the Capital Summertime Ball due to an anxiety attack, and Gigi Hadid flew to the rescue like an IRL Wonder Woman. The supermodel penned a lovely letter of support for her boyfriend, calling his actions brave and honest.

While most of Zayn's fan base were supportive and concerned (you know, like normal people who believe in empathy), some folks don't appear to think anxiety is a legitimate reason to disappoint fans. And as anyone who's ever had an anxiety attack knows, they could not be more wrong. (Also, who wouldn't be anxious performing in front of thousands of screaming fans? Let's cut this poor dude some slack. )

In other news it looks like Zayn and Gigi are clearly back together, so love isn't dead after all.