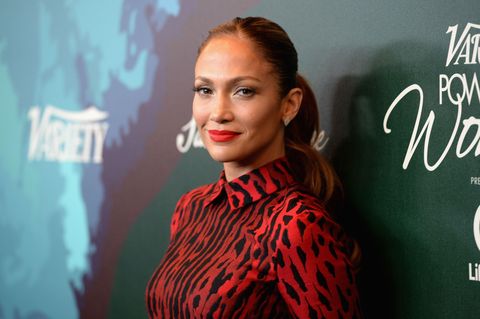 Mariah. Britney. Cher. And now, Las Vegas has added another pop diva to its list of powerhouse performers—Jennifer Lopez has announced she'll be heading to the stage in a 20-show residency slated for January 2016.

According to People, the Puerto Rican diva is excited for performances that will be more detailed than anything she's ever done on tour.

"It's going to be everything I think the fans have come to know me for on stage. I'll have dance. I'll have Latin. I'll have pop. I'll have hip-hop. I'll have all of it," Lopez said. "It will be a high-energy amazing show that anybody could go see—my fans and everyone else."

She'll be performing at the Planet Hollywood Resort & Casino, the same place where Britney Spears has her show (though it'll end before J.Lo's turn at the mic).

We wonder if Iggy will pay a visit? We're definitely putting our money on a surprise duet with Pitbull.

Samantha Leal Senior Web Editor I'm Sam, the senior editor at MarieClaire.com.
Advertisement - Continue Reading Below
More From Celebrity
47 Really and Truly Adorable Celebrity PDA Moments
Dakota Johnson Rocks Gucci Suit in Milan
Advertisement - Continue Reading Below
The Cast & Director of 'Cruel Intentions' Reunite
Prince Harry Spotted on a Grocery Run in Canada
Kanye West Leaves Kim Kardashian in an Elevator
Channing Tatum Is "Happy" for Jenna Dewan
Inside Chrissy Teigen and John Legend’s Home
A Look at Royal Family Portraits Through the Years
Are The Weeknd's 'After Hours' Lyrics About Bella?
Kendall and Harry Had a Moment At the Brit Awards