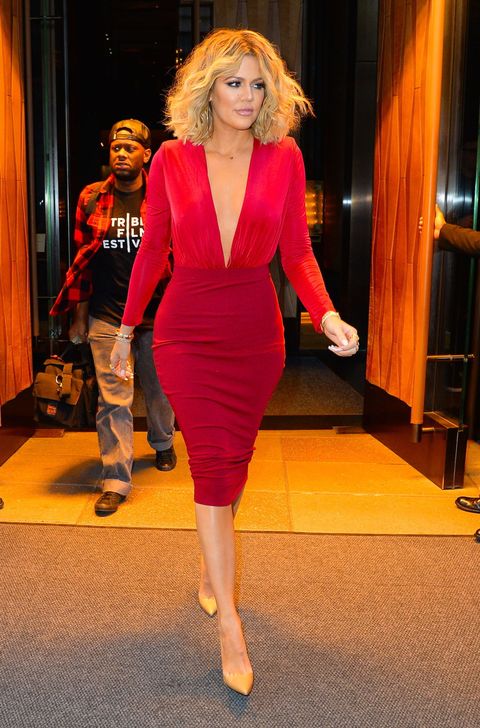 In between prank-calling her sister Kim and discussing the vagaries of Snoop Dogg's marijuana-smoking habits, Khloé Kardashian directed the conversation toward the backlash concerning her 2013 estrangement from Lamar Odom.

"During my separation, I'm like, 'Okay, I've been waiting for this divorce to go through so now I'm going to date someone," she said during the premiere episode of Kocktails with Khloé. "But for women, you're so judged and everyone's saying, 'Oh, she's still married.' Why can men do this—or during someone's marriage if they cheat or whatever—[and] no one throws stones at them? Why am I cast as some Jezebel?"

Ooooh. Considering how she recently opened up about Odom's infidelity for the majority of their marriage, Khloé's got firsthand experience dealing with that double standard. Watch the clip here.