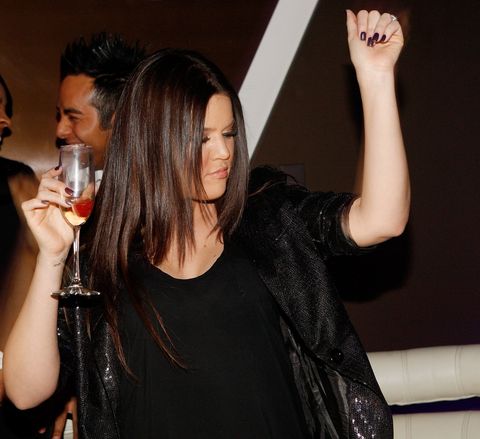 Even though Kim Kardashian supposedly cannot abide by Kanye West's Twitter rants, she still gave him a public forum, unlimited time, and an unsuspecting audience of 200 wedding guests in front of whom he could spew his shower thoughts on positive vibes and gentlemen's trousers. But for her own sister Khloé? Not even a second with the microphone.

In an interview with James Corden, the self-described rambler said Kim banned her from giving a toast at her 2014 nuptials for fear that Khloé would lose her train of thought and end up insulting someone she intended to compliment. So instead, Kanye gave an epic rant for 45 minutes, possibly about global warming, the state of pop music, and the mating systems of gastropods.