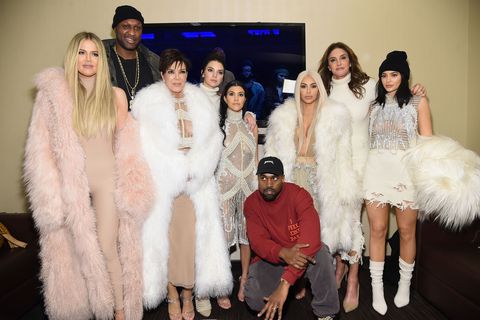 Update: A spokesperson for E! tells The Hollywood Reporter that the show is indeed going on. "Keeping Up with the Kardashians is currently in production and has not been halted," the spokesperson said. And that's that.

Original story 11/29: Following Kim Kardashian's robbery at gunpoint in Paris a few months ago, Keeping Up with the Kardashians production came to a temporary halt while she dealt with the fallout. But now, following Kanye West's hospitalization, the production has been completely shut down.

According to TMZ, the show already has enough footage for the upcoming season, but the hope was to shoot more during the holidays. That won't be happening. Kim has also been said to be "rethinking everything" when it comes to the show's affect on her family.

Here's hoping the cameras being gone will help the family cope.