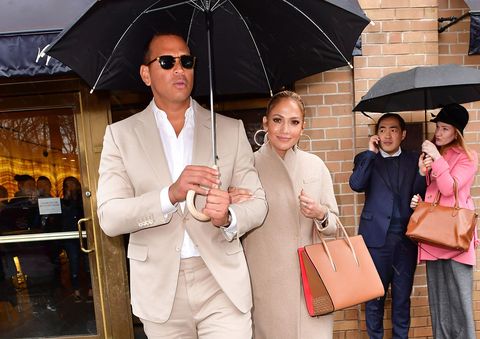 You'd think it'd be all "have your people call my people to set up an adult playdate," but in Jennifer Lopez and confirmed boyfriend Alex Rodriguez's case, it was far chiller and average Joe-y than that.

In a new interview with Ellen DeGeneres, the artist who once turned down a $ gig in the name of love revealed that she met A-Rod in a completely normal-girl way: by going up and introducing herself. ::high fives all around for making the first move::

"It's very simple," she said. "I was having lunch somewhere and I saw him as he passed by. Afterwards I went outside, but for some reason I felt like tapping him on the shoulder." The two exchanged numbers before he asked her to dinner, and the rest is sharply dressed couple history.

Ah, the Tinder-less dream. Watch J.Lo tell the story below.